"Tell me all the animals that come to your mind in a minute". This is a typical test delivery of Semantic fluency, present in different batteries for the developmental and adult age (BVN, BVL, NEPSY-II to name a few). The test is quick to administer (one minute per category) and, perhaps also for this reason, is widely used in neuropsychological assessments. But what exactly does it measure?

Surely to successfully carry out a semantic fluency test it is necessary to have a good one lexical and semantic warehouse from which to draw the right words. The warehouse alone, of course, is not enough. To it we must add the possibility of access it with relative ease

Another important element is that of strategy to be adopted: there are those who, once identified an insect (eg: "fly"), continue with elements of the same class ("wasp", "hornet", "bee") before running out and moving on to another set of animals with similar characteristics ("parrot", "pigeon", "eagle"); there are those, for example, who prefer to use a phonological strategy ("dog", "canary", "hummingbird", "cormorant", "crocodile").

You also need to keep in the memory the answers already given to avoid repetition.

Finally, since fluency tests usually concern two semantic categories (for example, "Foods" and "Animals") and two phonological categories (for example, "Words starting with S" and "Words starting with F") it is essential to have sufficient gifts of flexibility in order not to get stuck in a subgroup of the same category (for example, not being able to say anything other than insects for the "Animals" category) or in the passage from one test to another (it happens, for example, that some children and adults, in the test "Tell me all the words that begin with an S" keep saying only animals like "Snake", "Scorpio", and so on).

From this point of view, it is a very "dirty" test which does not measure a specific function, but is affected by the efficiency (or inefficiency) of several functions. Some studies, including an Italian one by Reverberi and colleagues [1], have tried to identify sub-components within the semantic fluency test and the way in which these can manifest themselves in different types of disorders (from Alzheimer's disease to the different variants of Progressive Aphasia Primary).

So why use it? First of all because, in the adult, various degenerative pathologies can initially manifest themselves with a reduction of the lexical-semantic warehouse and / or of the relative access. We therefore have a test that can be administered in a short time that can give us a first information on the state of health of this linguistic component. Furthermore, for the adult, more complex tests have been developed, especially indicated for those who have a higher education, such as the alternating fluences of Costa and colleagues [2]. Furthermore, although it is very difficult to identify lesional sites starting from this test, we know that in general the difficulties in phonological verbal fluences are more related to frontal damage, while a small number of responses to semantic fluences correlates with damage related to the temporal lobe [3]. 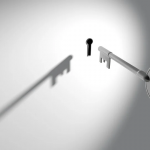 Aphasia: what we mean by "privileged access" and "privileged relationship"Aphasia, Aphasia 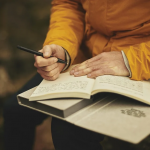