We have already spoken in several cases of intelligence and executive functions, even describing research that would have brought to light some important differences.
At the same time, however, it is inevitable to note a certain degree of overlap between the definitions of the two theoretical constructs; for example, planning and problem-solving skills are systematically used in the various conceptualizations and descriptions of executive functions. However, these two abilities very often contribute to explaining the behaviors that we typically define as "intelligent".
Given this similarity between intelligence and executive functions, it is reasonable to expect the former to be at least partially predicted by the latter. In other words, we should expect that as performance in tests to measure executive functions increases, there is an increase in scores in tests to evaluate intelligence.
With respect to tests for executive functions, several authors point out that the tests that evaluate them through apparently more complicated tasks (for example, the Wisconsin Card Sorting Test or the Tower of Hanoi), they lack reliability and validity[3]. One of the best known attempts to try to stem this problem is that of Miyake and collaborators[3] who have attempted to break down executive functions into simpler components and, precisely, three:

Through a very famous study conducted on university-level adults, the same researchers have highlighted how these three skills are connected but also apparently separable, also showing that they would be able to predict performance in more complex tasks (for example, Tower of Hanoi and Wisconsin Card Sorting Test).

Duan and colleagues[1] in 2010 they decided to test the Miyake model also in developmental age and, precisely, in individuals aged between 11 and 12 years. The aim was to observe whether the organization of executive functions was similar to what was found in adults, that is, with three components (inhibition, updating of working memory and flexibility) related to each other but still apparently separable.
A further goal was to estimate how fluid intelligence was explained by executive functions.

To do this, the study authors subjected 61 individuals to an intellectual evaluation through Progressive matrices of Raven, and evaluation of cognitive functions in the three components already mentioned.

With regard to the first objective, the results confirmed exactly the expectations: the three measured components of executive functions were correlated but still separable, thus replicating, in much younger individuals, the results published 10 years earlier by Miyake and collaborators.

However, perhaps even more interesting are those relating to the second question: which components of executive functions explained the scores relating to fluid intelligence the most?
Almost all tests for executive functions showed significant correlations (they tended to go hand in hand) with scores in the intellectual test. However, by "correcting" the values ​​for the degree of reciprocal correlations between inhibition, flexibility and updating of working memory, only the latter remained significantly associated with fluid intelligence (explaining about 35%).

Although often statistically associated, intelligence and executive functions continue to appear as two separate theoretical constructs (or, at the very least, the tests used to evaluate one or the other construct seem to actually measure different capacities). However, updating of working memory appears to be a component of executive functions closely related to intelligence. However, before deceiving ourselves that the question is so simple (perhaps assuming that a low working memory corresponds to a low intelligence and vice versa), it is worth considering that in samples other than the "average" ones, things get considerably complicated. For example, in specific learning disorders, working memory scores do not appear to be strongly related to IQ[2]. It is therefore important to consider the data from this research as important food for thought, while remaining very cautious rather than rushing to conclusions.

Dr. Ivano Anemone
He deals with neuropsychology in developmental, adult and senile age. He currently collaborates in several projects concerning the cognitive aspects in some neurodegenerative diseases.
You might also like
Copyright © All Rights Reserved 2020 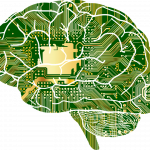