We have already talked about the role of executive functions in predict school performance of combined working memory and calculation training. Today, however, we will examine a study by Wel and colleagues (2018) [1] who have examined it the relationship between executive functions and subsequent mathematical learning, with a 4-year longitudinal study of Chinese children.

Starting from the Miyake model [2], the researchers considered three sub-components of the executive functions:

A systematic review followed 192 Chinese second-grade children for four years, at the end of which only 165 continued to take part in the study. Evaluations of executive functions were made with:

Analysis of the data, net of other measured parameters such as non-verbal intelligence, processing speed and sense of number, showed that all three sub-components of executive functions are interconnected, but predict different aspects. In particular:

Despite some differences between the Chinese and Italian school systems, these are the first data that allow us to identify the specific components called into play in the different skills, with the aim of carrying out increasingly targeted treatments in the future.

You may also be interested in: What the executive functions are 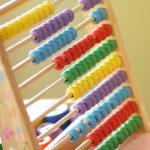 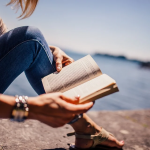