Most children with dyslexia and dysorthography shows phonological difficulties which are manifested by the difficulty in processing and remembering sound sequences and the relationship between phoneme and grapheme.

However, although language and learning are closely related, there are children with a clear language disorder who can write without errors. Why?

On the relationship between language and learning exist four main models:

Even those who do not support a frankly multidimensional approach recognize the presence of other factors beyond language and learning. Bishop [2], for example, suggests that rapid naming (RAN) could have a protective role against dyslexia in children with speech disorder, that is, it could overcome some linguistic difficulties through a faster visual processing. Of course, more than the RAN itself could be the skills involved in the RAN, but the concept remains equally fascinating.

A Russian study [5] tried to understand better the role of phonological awareness and RAN in the development of speech and / or learning disorder.

You may also be interested in: Spelling from diskette!

A very interesting fact that emerged from the administration of the tests is that:

From the point of view of cognitive profiles, while the difficulties in phonological awareness and rapid naming of letters seem to belong to both groups, there are peculiar characteristics for each of the two:

You may also be interested in: Describe a person - by Daniela Arlotti and Antonio Milanese

Ultimately, although there are some aspects of this study to be replicated in the Italian language, the results seem to go towards a multidimensional model. The relationship between language and writing is certainly very close, but not to the point of predicting the second starting from the first. Numerous other factors intervene, positively and negatively, in the formation of a correct spelling competence. As always, therefore, it is necessary know and apply a wide range of evaluation tools to identify factors that can explain the difficulties shown in school. 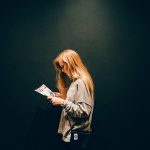 My child reads well but does not understand what he is readingLearning, DSA 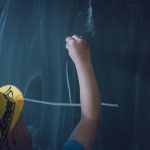