Very often we tend to consider lexicon and semantics as two similar, if not identical, entities. In reality, while the lexicon we can imagine it as the set of "verbal labels" that we attach to every action, object or other, semantics plays a deeper role, and has the role of interface between language and our way of organizing knowledge.

According to some theories, we can establish the difference between two entities (for example, two animals) on the basis of some properties or whether: the lion is carnivorous, the elephant is herbivorous, the hen has two legs, the birds fly. We can assign specimens with many features in common to one and the same category (a lion and an elephant, despite the differences, certainly have more traits in common with each other than with a hammer). This theory has been developed over the years, also in light of the fact that, as has been highlighted, we do not consider all members of a category in the same way (a pigeon, for example, corresponds more to the "birds" category than a penguin. ); this led to the development of the concept of prototyping, or the fact that within each category there are specimens more representative than others.

In aphasia it is not very common to find the semantic disturbance isolated. On the contrary, it can happen that certain dementias they begin precisely with a deterioration of the semantic system: in this case the language can be correct from the point of view of sounds and grammatical structure, but the patient can be led to commit semantic paraphasias, confusing, for example, "knife" with "fork" or using a superordinate category as "animal" for "dog". From a practical point of view, it may happen that these patients are able to use the objects they are used to (such as their phone), but that are unable to extend this behavior to similar objects, but new (like a new phone). After all, the reason why the brain organizes knowledge into categories is precisely to implement common behaviors, for example run away in front of all carnivores or eat in the face of everything edible.

You may also be interested in:  Language assessment in children: tests. Part II: morphosyntax and semantics

Most semantic system processing activities involve exercises in categorization, find the intruder e word-figure comparison. Here are some of our free activities.

All our apps can be used for free online. To use the web-apps even offline on your pc and to support our work is possible download aphasia KIT. This collection contains 5 web-apps (Write the word, Lexical comprehension, Naming of syllables, Recognize syllables and Table of syllables) to be used on a PC and more than a thousand pages of cards with activities to print, communication tables and various materials.

We have also created three large collections of activities on the PDF language divided by area:

You may also be interested in:  The effects of cortical stroke in developmental age on cognitive skills and school learning

For theoretical articles onaphasia you can visit our archive. 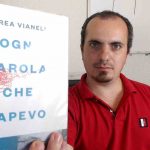 Some reflections, as a speech therapist, on the book "Every word I knew" by Andrea VianelloAphasia, Reviews