The definition of intelligence it is something that the scientific community has never been able to find complete agreement on. It is therefore not strange that descriptions abound even with respect to intellectual surplus and that, at the same time, these are all at least partially different from each other.
However, in clinical and research practice it is customary to estimate intelligence by means of the intellectual quotient (IQ) and this parameter is the one commonly used to identify intellectual surplus.
Starting from this, the identification of gifted children presupposes the use of an intellectual scale. In this sense, the most used test is the WISC-IV: however, it is a rather long tool in its administration, requiring about 90 minutes in the basic version (10 subtests) and about 120 minutes for the complete version (15 subtests).
Usually, the scores used to evaluate the presence of surplus endowment are the aforementioned QI and the General Skill Index (IAG), i.e. the intellectual quotient from which the scores relating to the working memory and the processing speed (thus keeping only the evidence most closely connected to abstract reasoning).

Based on these premises, some researchers[1] wondered if it was possible to correctly identify gifted children with a much reduced version of the WISC-IV, so as to significantly shorten the time.
To answer this question, the scholars selected a group of children made up of both gifted and individuals of average intelligence (IQ, IAG and scores in the individual subtests were available of all these people); starting from the psychometric properties of the WISC-IV, they simulated what would happen by administering only a few subtests.

Based on this, the study authors selected 6 shortened forms of WISC-IV, some of them versions consisting of only 2 subtests and other versions made up of 4 subtests; of these, the best two turned out to be the following:

Subsequently, the authors tested the aforementioned short versions on real cases, in an empirical way.
On the basis of these data, among the versions with only 2 subtests, the one consisting of Similarities e Reasoning with Matrices the best was confirmed (with a sensitivity of 74% and a specificity of 98%).

Among the abbreviated forms from 4 subtests, the best that emerged from the empirical evidence was a version composed of Similarities, Vocabulary, Illustrated Concepts e Drawing with Cubes (with 96% sensitivity and 100% specificity).

According to these data, a shortened form of WISC-IV could be useful for a quick identification of individuals with intellectual surplus, especially in situations with important time constraints, given that the subtests would go from 10 to 4, or even only to 2.

However, as the authors of the research themselves underline, the intention must not be to introduce this practice in place of a more accurate evaluation; on the contrary, this should represent only a first step to understand, with all probability, which children could be surplus given, thus requiring a subsequent more in-depth cognitive evaluation.

Dr. Ivano Anemone
He deals with neuropsychology in developmental, adult and senile age. He currently collaborates in several projects concerning the cognitive aspects in some neurodegenerative diseases.
Copyright © All Rights Reserved 2020 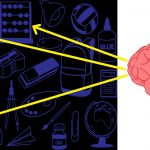 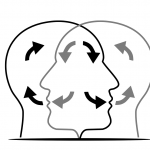