Shifting, or cognitive flexibility, is the component of executive functions which allows us to implement different behaviors based on the change of rules or the type of task. Some authors argue how flexibility is particularly important in complex activities such as, for example, those that require taking on different aspects of the problems or using different calculation strategies.

Furthermore, often, the studies are not sufficiently stratified by age, socioeconomic status and other factors that could play a key role.

In a 2012 metanalysis, Yeniad and colleagues [1] analyzed 18 studies relating to the relationship between flexibility and mathematical ability, identifying, in each of them, the characteristics of the sample (age, gender, socio-economic status) and the type of score. and rules used in tests.

The results of the study showed that:

Unfortunately, due to the low number of studies, it was not possible for the authors to separate the association between cognitive flexibility and school success from the general cognitive level.

You may also be interested in: Cognitive training for elementary school children

The group, in fact, highlights that, analyzing the data from some articles selected at the beginning of the meta-analysis, the relationship between intelligence and mathematical (and reading) skills seems to be stronger of that between cognitive flexibility and academic results. Therefore, it remains to be clarified what the role of cognitive flexibility is, net of the general cognitive level. 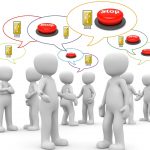 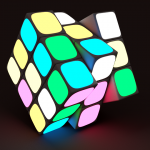